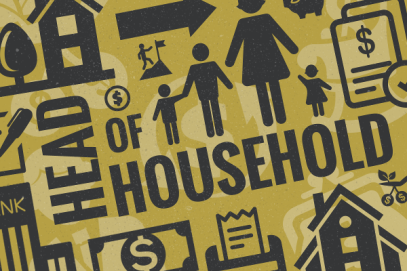 In the continued quest to unwrap the new question of love and power that I stumbled upon the other day — whether a person could have both — I’m remembering a moment when J and I were walking up in the suburban hills near my apartment a while back.

We’d been bandying around the idea that he take some time off, that maybe I become the breadwinner for a while, as he got a new business venture running that would only earn a stipend-like amount.  We were crossing this foot bridge overlooking a fancy suburban schoolyard, watching children play soccer on the neat, always-manicured plastic turf.  We were leaning on the concrete ledge of the bridge, and I experienced a gut-freezing moment.  A sudden pang of anxiety, as I considered what that would really mean to have to earn enough to support us both, and a family.

Some major financial things would have to change.  I would probably have to choose a different career.  I would need to work more.  I would need to count the pennies.  I would need to say no to things.  Maybe there wouldn’t be vacations for a while, or museum memberships, or dinners out.  Suddenly my brain became filled with spreadsheets and numbers and a sodden anxiety of trying to keep the whole ship afloat. …

My breath became shallow.  I saw the disparity between what I could currently afford and what I would need to afford to make a family life work for us.  It was dizzying.

I turned to him in this mild hysteria and asked: “Is this what men feel like when they feel they have to be the breadwinner??”

He wryly smiled and replied, “Yes.”

It is not merely women then, or, speaking for myself, merely me, who feels confused, torn, afraid that we cannot have both love and family and a life that feels fulfilling to our passions and goals.

I felt sudden, markedly new waves of empathy for every breadwinner.  (Including my father.)

I realized on that bridge the sweeping assumptions I’d made and held: that it was in any way “not that hard.”  That it was “easy” for the man to provide because they earned a dollar to my sixty cents (white men at least).  That they should just “suck it up” because this was their intended role, modeled since infancy. …

I suddenly saw with new eyes why J was so focused on financial success, why he struggled so hard, why he chose this business-suit life instead of the entrepreneur-t-shirt one he dreamed of.  I saw his challenge differently.

What I’d considered his deprivation addict, cookoo achievement bent, or Scrooge-like flaw I began to see as his battle toward providing.  (Whether this is the whole case, I don’t know, and it doesn’t matter to the point.)

I had new empathy.  My perspective, and my judgment, had shifted.

Suddenly all the Google buses didn’t seem crammed with idiots driven by dollar signs.  Wall Street wasn’t just a grunting pit, but a battle for a family’s stability.

I’ve had judgment (clearly!) about the choices people make when living as a means to an end, rather than “living in the journey of every moment,” etc, etc.

As I continue to probe the “Can I have Love and Power simultaneously?” question, I notice that I’m wondering if breadwinners have been asking themselves that same question for eons.

Artist, Woman, Human with a desire to explore, create, and incite a revolution of the soul (hint: not only my own). View all posts by Molly Daniels