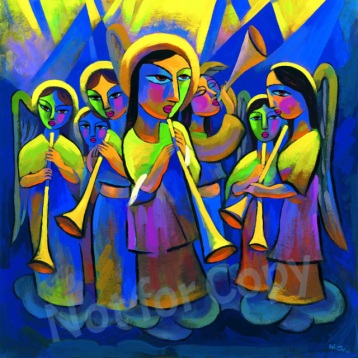 Three summers ago, I was smack in the center of an stunningly risky leap: changing careers.

The Fall/Winter before that, having come to the end of my rope in administrative work—and being somewhat far from my regular spiritual practice, my mentor having moved away—I gave notice at my job.  I said, for the umpteenth time, that I was going to do something “creative.”  And again, for the umpteenth time, I had no true vision of what that meant, except that it would feel better.

By the time the following summer rolled around, I’d worked as a minimum-wage retail employee, a temp, and a model for a computer equipment photo shoot.  My “plans” did not unfold well… mostly because I had no plan!

Sometime around January, having driven across town from that retail job (8 hours standing on a concrete floor, pain in my feet, knees, heart), I sat on a friend’s couch bemoaning that I was too old to be flailing like this.

She said I needed to choose something, that frankly it didn’t even matter what.  Just a few weeks later, in morning meditation, the idea came that I should be a teacher (specifically a HS physics teacher, but whatevs).

So, I took that idea and clung onto it with dearest desperation of life, because frankly, continuing to do this “life” thing wasn’t seeming all that appealing anymore.

I had begun a mission: Operation Teach School.

By that July, would you believe, I was teaching school.  I had harassed the summer school department at a private school for long enough that they found a place for me teaching creative writing for a few hours a day for 6 weeks.  Thereafter, I had no prospects.

But, before those few hours with students began, I did what I do now: journal and meditate.

The free meditation being offered at the time by Deepak and Oprah was the 21-day “Manifesting Grace Through Gratitude,” and I listened and wrote down what they said.  Every day, for 21 days.

Ripley’s Believe It or Not, at the end of those 21 days, sitting at my computer trawling for jobs, an email came through from the dean of my graduate department:

There’s a job, teaching, in Oakland, with Jews.

You gotta be kidding me.

And lo, I was a teacher.  6 months after I had committed to Operation Teach School, I was a full-time, gainfully employed faculty member.  Cue divine trumpets.

I bought that damn 21-day meditation on gratitude.

And presently, I’m relistening to and rewriting down what they’re saying.

I hate that I know that gratitude works.  That writing a gratitude list works.  That closing my eyes and conjuring things I’m grateful for, when I open them, the world looks just a teensy bit more magical and technicolor.

I hate that it works because … IT’S SO SIMPLE.

It’s so simple, it’s so easily overlooked, it’s so neglectable and discountable and ignorable… that I do.  I neglect and discount and ignore gratitude.

And then I am reminded.  And then I remember.  And then I try it again.  I close my eyes, I write those lists, I pause to say thank you.

And goddamnit it works.  I feel different.

I don’t know why it pisses me off that gratitude works, except that maybe I think it’s “too cheesy.”  That it “feels lame” to talk about being grateful, that it’s so saccharine, or maybe that others will think I’m naive (that maybe I may think I’m naive).

But I gotta tell you: Whatever the causation/correlation between my “Manifesting Grace Through Gratitude” meditation practice and my receiving an email that would ultimately change the course of my life, there is a piece of me that does truly believe Grace was hanging around, just waiting for me to open my eyes and my heart.