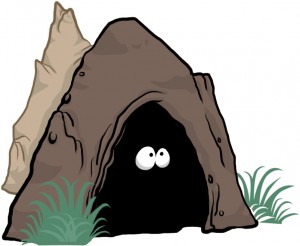 When I open a fresh Google tab, it suggests to me my most frequently visited sites.  Nestled between my bank and Netflix is WordPress.  Despite not having written here in nearly a month, the code of my computer remembers—and luckily so do my friends.

Friday on the phone with a friend, she declared that the times when I have been at my best, I have been creating.  Theater, Music, Writing.  Whatever.  It didn’t matter.  When I’ve been my optimal, on fire, most embodied self was when I was creating regularly.

The evening before that, I was standing in the glimmer of San Francisco light with a friend I don’t know all that well, but well enough that she should ask, “How’s your writing?”

I answered, “Actually, I haven’t been doing much lately; I’m sort of stalled out.  But last week at school, I read a graduation poem I’d written [adapted for my 8th grade students from the one I read at my own graduation…for an MFA in poetry], and got incredible feedback.  Several people said they teared up.  My boss even said I did what poetry is supposed to do: say so much in so few words.

I forget sometimes,” I said to my friend, “how much I love it—and that not everyone can do it.”

“Yeah,” she replied, thoughtfully, “I go into anorexia around my writing, too.”

“I never thought of my not writing as anorexia…”

This idea has been haunting me.  As someone who identifies as an “underbe-er”—not living in my full potential or using my time to support and further my goals—I’ve long been aware of my “anorexia” around self-care.

But I’d never before considered writing an integral part of my self-care.  Or of creative expression as self-care.  I more think of it as washing my dishes or going to bed on time!

Yet, here it was, a lighting-bolt moment: I refrain from or deny engaging in something which brings me to life.  If that’s not anorexic, I don’t know what is.

As I’ve written before, I had the extraordinary privilege of growing up in a house that never used food as a weapon, a reward, an analgesic or a shaming vehicle.  Food was food.  It was enjoyed, or just eaten; around a table, or before a t.v.  But it was never much more than a nice thing or an ordinary thing.  And I am so grateful for that, as I know many people suffer(ed) from painful relationships with food.

But, anorexia for me has been about denying myself experiences or expressions of life.  Months without a forest, years without a museum.  Weeks without a song, days without laughter.

My friend on the phone Friday put me to the task of writing for 30 minutes every day for a week.  One week, just to see how it feels.  Whether that’s blog writing or personal writing or book writing–anything, just as long as I’m creating.

The truth is, I know why things have gone into a period of retraction lately.  The last time I wrote in my journal was a month ago, just two days before J. and I broke up for the truly final time, just eight days before he handed me the keys to my apartment where we’ve shared a home for 6 months, and a bed for 2 years.

The sadness, grief, guilt, hope, the cycle of them again and again.  The molasses way I walk to and from my car at work.  I know this is why I’ve distanced myself from creating.

But, here’s the stupid rub of emotional anorexia: I will never feel better by retraction.  I will never get fed by sealing myself off from experiences that feed me.  The healing that I seek from withdrawing is a lie and a delusion.

That doesn’t mean it’s still not my go-to.  But I am only to get a crow-bar’s worth of light in there if I acknowledge its falseness… and put pen to paper again.