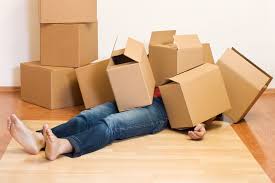 I’m having a Captain Obvious moment: Moving is Hard.

Now that my homebase is in the same county as my job(!), I am less and less desiring to cross a bridge after work, pack anything up, and then drive it back up over here.  While J and I have already agreed that the larger pieces of furniture (of which there aren’t many) will be moved by professional movers… the ins and outs of when and how—with Thanksgiving eating an entire weekend in which movers may be so inclined to do so—is beginning to give me palpitations.

Add to that fact that I haven’t settled into any regular face-to-face or phone gatherings with like-minded folk, I’m feeling a bit spinny.

So, I got to be brave and tell J this morning that I needed some support.  I was feeling (AM feeling!!!) a little off the rails about packing and scheduling and mustering motivation to cross the bridge twice in all these days leading up to the November 30 deadline to be out.

I said I needed physical support, and emotional … ushering, I called it, instead of “nudging”!

Add on top of many of these home upheaval things that my feelings at work are in high-overwhelm, and I’m not doing so hot.

I’m doing my best, and things are “just fine,” but I know that I need to get my meetings in and I need to get my items in a place where I can feel like it’s not gonna tumble on top of me in the last days of November.

Additionally, I really need to let my boss know—in MORE certain terms—that I’m not doing so well at work.  I have several additional duties and classes/meetings at school this year, and I feel at many times like I’m just drowning in it.

I have made the genius move to teach my students mindfulness using the training I received at my last school, and that has helped these Massive Mondays to be a little more centering, but on the whole… I’m not having much fun.

It’s a season; I know it’s not permanent.  But…

as J came to find me in my “blogging room” after my bid for help this morning, he put his arms around me and said, “Thank you for asking for help, for letting me know what your needs were.  We’re a team.”

To quote Lean on Me:

“For no one can fill those of your needs
That you won’t let show.” 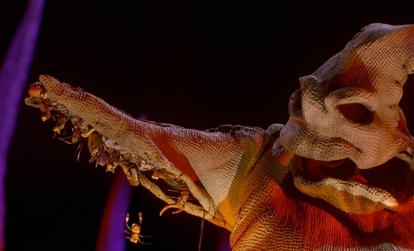 When J and I were together he would bristle when I would try to get us to schedule something for the weekend.  My time is scheduled down to the minute every day at work, he’d practically beg, I just need my weekends to be open and unscheduled.  UGH!  But how will we ever DO anything if we don’t plan it?  What I want to spend time doing will be different than yours so if we don’t coordinate, they’ll never align — MUST PLAN THINGS!

So, sometimes we did.  And generally what happened was he was grateful that we had, though at the cost of cohabitation bliss.

AND, OH THE IRONY!  I am now experiencing what I think he must have been, and I feel kinda badly for my insistence…

My relationship with the clock has somehow shifted with the start of this school year.  Much of it has to do with the increase in my teaching and meeting hours.  My planning and grading hours are diminished, which means more work at home, on weekends, in my own “free time.”  Last year, there were entire stretches of school hours when I could sit and read a book for exploration of what we may do next.  Now, I’m feeling like I’m lucky if I have time to pee.

This isn’t altogether accurate, but that is how it feels.  And so, with my Action Partner, among the actions for the day that I text her each morning is, “GO OUTSIDE ALONE.”

Sometimes this helps, but strangely, even THIS feels like too much scheduling!

There are several people and events to coordinate in the upcoming weeks, and all I feel like doing is screaming.  They’re important, necessary events, but I could absolutely say verbatim what J had said to me: My work days are scheduled to the minute, I just want time to do whatever the hell I want!

But, I know myself better.  I really do.  I know that given time to “do whatever I want” generally looks like doing very little, and not in the good, “release achieving” sense of it; more in the binge-watching, pajama-wearing, did I brush my teeth today sense of it!

All things in moderation.

What I do know needs more expansion is this rush in the mornings.  Journal faster, meditate faster, blog faster, get on the road faster!  From the moment I set my mug on my breakfast table it feels like a stop-watch has begun, constricting and awful.

I have talked and delved enough recently to know that I do want to keep this whole morning practice thing the way it is.  I really do love it.  But there are essential adjustments to be made, whether they’re entirely an internal shift in framing or an external shift in doing, and likely both.

I don’t like feeling like a balloon about to pop.  Even if I am filled with candy. 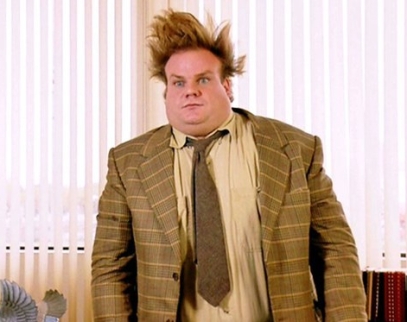 When I got into teaching full-time in 2015, I was asked to take on 3rd grade.  I had never taught students that young in my adulthood; though I’d taught kindergarten in Seoul after college, most of that was pre-set curriculum and students who were very used to following directions.  But, I’m game for most things (plus I needed work!), so I said yes.

In the very first week of class, I began to have trouble falling to sleep.  This wasn’t terribly abnormal, as I’d had a few difficult sleeps following most large transitions in my life.  So, I took it in stride (very caffeinated stride) and took an over-the-counter sleep aid, figuring it would even out after a few days.

As days strung to weeks, and now I wasn’t falling to sleep until 3 or 4 in the morning, I began to get concerned.  Then came the nights when I didn’t really fall asleep at all.  Sure maybe I “drifted” as I called it, but as to “put your head on the pillow, next thing you know it’s light out,” those days were far in the rearview.

I began to lose words, much like “mommy brain” affects parents of newborns, thoughts sluggish and unfinished.  My hormones became imbalanced and I gained weight.  My stress levels were astronomical.  Even in the summer breaks, I was awake awake awake awake.

All.  Because.  I was teaching 3rd grade.

I say this with certainty because you know what happened last Fall when I began teaching middle school?

And so it’s been, for all of the past year.  Put my head down, wait a little, feel that blood-level “click” where I can feel whatever sleep hormone flood my system and in less than a minute, I’m out til morning.

So it was particularly jarring this week at our middle school retreat on Monday through Tuesday to find that it took me until nearly 1am to fall asleep while there and after we got back on Tuesday night.

I do know/believe 2 things about my insomnia years: I wasn’t sleeping because I was taking on the stress of my students, and could not for the life of me put up an energetic boundary strong enough to shake off their emotions.  I took them in, a permeable mess.

I also know that the one and only month during my 3rd grade tenure that I slept was the month during which I exercised every single day for 30 days.  After about 2 weeks, I was falling and staying asleep.  But every day was very hard for me to keep up and I backslid.

As to this week, I know that spending 36 hours non-stop with students, particularly ones finding their way in the wide world of middle school—and doing so with … less aplomb than they’ll need to “make it”—is an acute stressor for me.  It makes me aware that my boundaries are still extremely permeable.

I am apparently not cured of my insomnia; I just get reprieves from it.  I learned a lot over my 2 years of battling and devolving under its battery assault, particularly about how I care for myself and my own stress levels.  It’s clear that I need to call on that learning again.

Further, though my commute is much longer than when I taught the younger kids, it is going to be imperative that I find a habit that includes regular exercise again, as I haven’t yet settled into one for this school year.

I am grateful that last night I fell and stayed asleep — like viciously grateful — but I know there are huge red flags my body is throwing up.  And if there’s anything a cancer survivor learns, it’s to watch those goddamned flags — and to heed what they’re telling me no matter how much extra mental or physical effort it will take.  The alternative was a hell I never want to revisit.